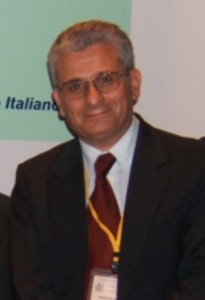 Dr. Roberto Pinotti was born in Venice in 1944 and studied at the university of Florence where he was awarded a doctorate in political sciences and applied sociology. He has published books on aeronautical, astronautically and astronomical matters. He is very involved in the study of UFOs in a scientific manner and has worked on the sociological effects of an encounter between humans and aliens. He is also very interested in ancient cultures and was the organiser of a symposium in San Marino on ancient civilisations and archaeological anachronisms.

He has also written, in Italian, a book[509] on Atlantis in which he discusses the various theories and adds his own view that a cosmic collision may have caused its demise. He has also published on the Internet a very extensive list(a) of proposed sites for Atlantis and their supporters.