Gordon-Michael Scallion likes to be known as GMS and describes himself as a ‘futurist’, in which capacity he predicted global catastrophes following a Pole Shift in 2012! We are told that “Gordon receives many 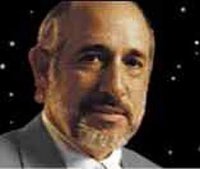 of his messages in a dream state. Sometimes they appear on his computer screen!! Often he steps into another reality where he receives messages from an entity named Matrix”. How much more of this nonsense must I read? For those that believe in such channelling, I must point out that the value of such ‘sources’ is completely undermined by the fact that the details offered by the various psychics are so often contradictory.

GMS does little to gain credibility with his claim to have lived in Atlantis in a previous incarnation 13,000 years ago. Naturally, Scallion has a CD(a) on sale that describes his ‘experiences’. The Skeptics Dictionary has a review(b) of Scallion’s ‘abilities’ and Margaret Morris scathingly debunks his claim that architects from Atlantis were involved in the building of the pyramids and that he had personally ‘witnessed’ the construction of the Great Pyramid(c). An even more forensic analysis of Scallion’s failed predictions is on offer from author Michael Goodspeed(d).