>Steven Sora (1952-2021) has been investigating and writing about historical mysteries for over a quarter of a century. In The Triumph of the Sea Gods [0395], he addressed the geographical problems presented by Homer’s Odyssey and Iliad and linked his conclusions to Plato’s tale of Atlantis. He contended, as several others have, that the ‘years’ referred to in Solon’s report were in fact lunar months, which would place the destruction of Atlantis around 1200 BC, coinciding with the time of the Trojan War.  He further asserted that the Atlantean war recorded by Plato is a 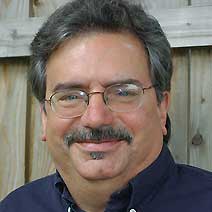 distortion of the Trojan War, but he contentiously claimed that Troy was located on the Iberian Peninsula rather than the more generally accepted Turkey. He specified Lisbon, Setubal and Troia, all in modern Portugal as Trojan/Atlantean territory! This is a daring effort aimed at solving two persistent mysteries with one radical theory. For good measure, Sora also suggested that the Etruscans were refugees from his Iberian Troy (Troia).<

There is one interesting comment by Sora [p.6] that may have a bearing on the location of the Pillars of Heracles, where he claimed that at the time when Homer wrote, around 755 BC, the Greeks had barely ventured as far as Italy. This would appear to suggest that at the time of the Trojan/Atlantean War/s it is improbable that the ‘Pillars’ were identified by the Greeks with Gibraltar, but more likely to have been somewhere in the Central Mediterranean. Nevertheless, Sora opted for the Gibraltar location!

Some more of his views can be read online in an Atlantis Rising article(a) .