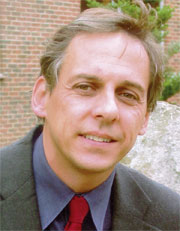 given to approximately the last 12,000 years of earth’s history. This coincides with the period since the end of the last Ice Age and would just about include the time of Plato’s Atlantis, if we accept the 9,000 years referred to by him at face value.

Steven Mithen, professor of early prehistory at the University of Reading, has provided[390] us with a worthwhile global overview of man’s development during the earlier part of the Holocene.

Mithen has also been involved in important excavations at Jordan’s Wadi Faynan, where he and his colleagues uncovered very early complex structures, which along with evidence from other sites suggest that the earliest permanent buildings functioned as community centres rather than habitations(a). Stonehenge might fit this perception!

Anthropogene is another name given to man’s history during the Holocene since this is the time during which human activity has significantly altered the natural environment.