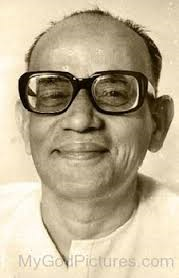 Pabhat Rainjan Sarkar (1921-1990) was an Indian philosopher and spiritual leader with followers in over 130 countries. I am reliably informed that he expressed a number of beliefs regarding Atlantis, the core of which was that it was a huge continent that existed in the Atlantic. He also believed that Atlantis joined Africa and Iberia with a landbridge at Gibraltar. The destruction of Atlantis by an extensive earthquake separated Europe from Africa and also led to the creation of the Sahara.

In the book, Travels with the Mystic Master(a) by Dada Dharmavedananda, Sarkar is quoted as saying that ” The old Atlantis is now underwater except for parts of Spain, Portugal, Ireland and Iceland.”[1209.208]