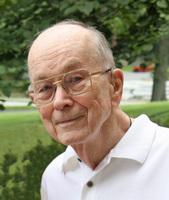 Ernest G. McClain (1918-2014) was professor emeritus of music at Brooklyn College, New York. He is also the author of a highly original idea that details incorporated in Plato’s Atlantis story can be explained in terms of mathematical/musical theory, detailed in The Pythagorean Plato[1082].

However, the application of McClain’s hypothesis is not confined to Plato, but was extended to both the New Testament and the Indian Vedas. His work is fully expounded in his Myth of Invariance: The Origins of the Gods, Mathematics and Music from the Rig Veda to Plato[1284], published in 1985. However commendable, his work is highly technical and not for the faint-hearted. He also wrote an appendix for Driscoll & Kurtz’s Atlantis: Egyptian Genesis[0672].