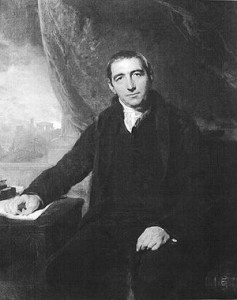 Thomas Taylor (1758-1835) was the first to publish, in English, the complete works of Plato and Aristotle, in 1804. His publication was the completion of valuable work begun by the unfortunate Floyer Sydenham. Taylor is regarded by some as having had a valuable insight into the mind of Plato, which made his translations superior to many others. In 2009, a five-volume, first-edition set went on sale for $22,000.

A reprint [644] of Taylor’s 1810 translation of Timaeus and Critias has been made available by Kessinger Publishing. Unfortunately, it does not include the Stephanus pagination references, which makes navigation a little more difficult. However, an extensive website dealing with the work of Gerald Massey(b) includes Taylor’s translation of Plato’s Critias and Timaeus with pagination.

>In Taylor’s complete edition of Plato’s works from 1804, there is also a preface by him to the dialogue Critias , which is of some interest from an Atlantological point of view. Thorwald C. Franke notes [1255.347], that in it “Taylor shows understanding that Atlantis finds no credence, since the 9,000 years would contradict the commonly accepted age of the world. Nevertheless, Plato’s Atlantis tradition is as good history as that of others ancient historians too, says Taylor, because it would be Plato’sTotally contrary to the ethos of truth to deceive humanity with such a story. Taylor rejects localizations of Atlantis in America and Africa since the island of Atlantis is said to have sunk into the sea. “(a)<

(b) Introduction to the Works of Massey (archive.org)  (see introduction Pt.5)