Michael Tsarion (1968- ) is an Irish fantasy writer, badly disguised as a 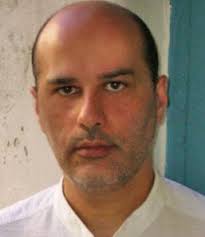 serious researcher. He pontificates on a range of subjects such as genetic manipulation by extraterrestrial ‘fallen angels’ in Atlantis(a), Illuminati, 2012 and somehow or other managed to avoid linking the tooth-fairy with crop circles. Another charlatan, Madame Blavatsky, appears to have had some influence on Tsarion’s bizarre ideas. He has nothing to offer serious Atlantis research. He has critics(b) as well as devout followers but then to paraphrase a better known source “the gullible you shall always have with you.”

Some chapters of his Atlantis, Alien Visitation and Genetic Manipulation can now be read online(c), where he tries to assume the mantle of the late Zechariah Sitchin. The title tells you all you need to know.

A follow-up book, The Irish Origins of Civilization [1725], adds the imaginative suggestion that the Pillars of Heracles had been situated at the Strait of Dover, which lies between Calais in France and Dover in England(d).