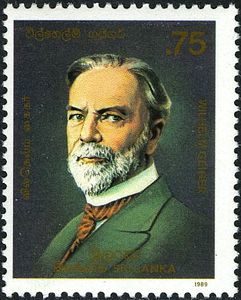 specialising in Indo-Iranian history and languages. Frank Joseph has tried to attribute[0104.123] a belief in Atlantis to this important scholar with a rather ambiguous quotation from his comments[0597.86]  regarding  Alcibiades I.

*“Quite unique stands the statement:- ‘He was a Greek, or one of those who came forth from the Continent on the other side of the great sea.’ This last expression is very obscure; it sounds too mysterious to designate the Greeks of Asia Minor. Is it perhaps some reminiscence of the passage of the primitive man to the six ‘keshvars’, which took place under Tahmurap? Or of the Atlantis?”