Hermann Wirth (1885-1981) was a Dutch historian who became one of the co-founders of Himmler’s Ahnenerbe-SS. He was obsessed with Atlantis 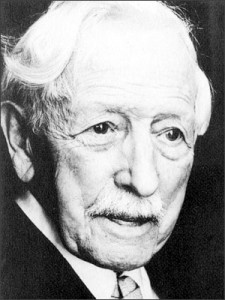 and sought to prove that it had existed in the North Atlantic where he believed that it had stretched from Iceland to the Azores. He thought that the only parts of Atlantis to remain above water after its submergence were Cape Verde and the Canary Islands. Wirth named this North Atlantic Atlantis, Thule after the ancient writer Pytheas. He also concluded that a pure monotheistic religion had originated in a common homeland, possibly Plato’s Atlantis(a).

The Nazis who came to believe that the Aryan race had originated on Thule adopted the idea. Wirth also translated the controversial Oera Linda Book, using it to support the party line on Germanic origins(b).