Wolter Smit was born in Wanneperveen, Holland in 1945 and after a period of work in Switzerland, he now lives in France. He has worked as a freelance computer engineer, but currently concentrates on his research and writing. 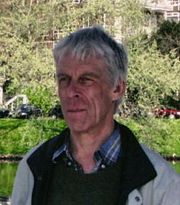 He runs a website, in French and English(a) that investigates the Atlantis story, based on his book, Était – elle l’Atlantide? (Was this Atlantis?) [0716], in which he generally supports Otto Muck’s theory that an asteroid impact in the Atlantic led to the destruction of Atlantis.

He develops the idea that this impact altered the earth’s axis and rate of rotation. Smit agrees with the date of 9792 BC for the destruction of Atlantis as proposed by Albert Slosman.

Smit has a valuable section entitled, Population and Size, in which he calculates the size of the Atlantean army as 1,200,000.

Nevertheless, I feel that Smit undermines any claim to scientific objectivity by the introduction of the readings of Edgar Cayce into his dissertation. This is all the more inexplicable as Smit in his Foreword states that he does “not want to consider things about magic crystals” and then devotes so much of his book to the ramblings of Cayce who attributed a crystal power source to the Atlanteans.

Although there are a number of inaccuracies in Smit’s book, there are also some interesting sections that should be studied.