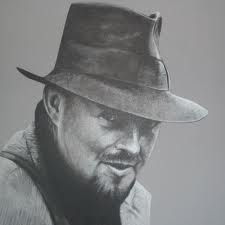 Thomas Charles Lethbridge (1901-1971) was a British archaeologist and psychic researcher, but was trained as a geologist. In one of his many books, The Legend of the Sons of God[440] he proposed the possibility that man had encountered extraterrestrial visitors that were recorded in mythology and documents such as the Bible.

In the same book he also suggested that the most likely location for Atlantis would have been in the vicinity of Cape Trafalgar just south of Cadiz. One gets the impression that his comment was casual rather than considered.

However, in a final comment on the Atlantis story he wrote (p.62);

Like many legends, there is something true behind this tale, even if we cannot yet see what it is. Presumably, the dating of Atlantis is wrong, the height of its civilization is incorrect and the extent of its conquests greatly exaggerated. Athens had no part in the story. Yet the whole thing may be a garbled memory of the exploits of the Megalith builders, or even a people who set them to build. There may have been some important base on low islands outside the Pillars of Hercules.”