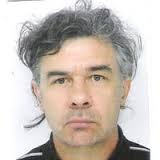 Philippe Potel-Belner is a French historian, archaeologist and philologist(c),  who is convinced that India was home to Atlantis. He specifies the long western coastal plain of India(a), which is beyond the Pillars of Heracles, identified by him as Bal-el-Mandeb(b).

He also suggests(c) that the events recorded in the Atlantis texts probably took place in the 4th millennium BC and are an account of the history of the Dravidian civilisation.