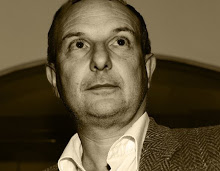 Pierluigi Montalbano is a teacher of ancient history and a recognised expert in copper and bronze metallurgy. His latest (2012) book is Sardegna: L’isola dei nuraghi [1337] (Sardinia: Island of the Nuraghi).  He believes that Atlantis consisted of a number of territories that probably included his native Sardinia(a), but identified a North African area the territory, specifically northern Tunisia, that could have been the centre of that civilization. Near Tunis flows a river that collects the waters coming from the valley that is formed between the massif of the Aurès to the north and that of the Tassili and Ahgarr to the south. In this huge valley, there were, and there are, rivers that flow into a lake in the hinterland of Tunis.

It is worth noting that modern Tunis is adjacent to the site of ancient Carthage, which had a circular layout with a central Acropolis on Byrsa hill, surrounded by a plain with an extensive irrigation system. This has prompted some authors, including Massimo Pallottino  [0222] and C. Corbato [0223] to suggest that it had been the model for Plato’s description of Atlantis. This idea has now been adopted by Luana Monte(c). However, it was probably Victor Bérard, who. in 1929, was one of the first to point out [0160] the similarity of Carthage with Plato’s description of Atlantis.

Montalbano has also written an article(b) about the Pillars of Heracles and also suggests(c)(d) that the Hanebu referred to by the Egyptians were Atlanteans.>Although his blogs are in Italian, the site is well worth a browse and as it has Google Translate built-in it is accessible to all(e).<