Giorgio Valdés is a Sardinian with a passionate interest in the prehistory of his island. He has worked for 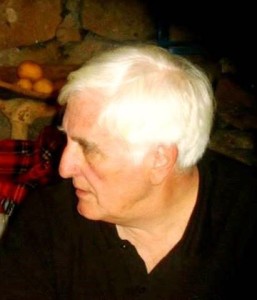 forty years to develop tourism(b) on Sardinia and has frequently expressed the view that the wealth of ancient monuments, such as the nuraghi should be more fully exploited to that end. In 2010 he published a paper(a) linking Tartessos, Atlantis and Sardinia. His paper is in Italian but certainly worth translating. His conclusions are best read in his own words:

“1. The territory and the city of Tartessos were in Sardinia;

2. Tartessico the river that gave its name to the territory, was the Flumendosa, with its springs that flow from the mountain Gennargentu;

3. The palace of Gadeirus, twin brother of Atlas, was probably in the strip of land between Arzana, Gairo and Gadoni;

4. The palace of Argantonio, first king of Tartessos was located in the area between Gadoni and Arzana, south of the river Tirso and in close proximity to Mount Arzanadolu (should start the search, starting from the ancient village Nuragic Ruinas, on the border between Arzana and Gadoni ) .

But if Tartessos was in Sardinia then ……….”