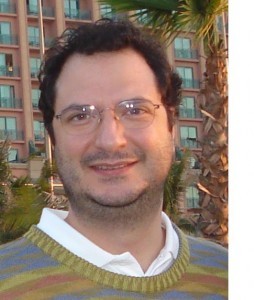 2010 he addressed a conference in Dubai on the subject of Atlantis(a). His ideas on the subject were rather similar to those of Ignatius Donnelly – Atlantis in the Atlantic with the Azores as its remnants. Not content with that he then proceeded to discuss Lemuria and Mu citing the discredited James Churchward. While denouncing conventional scientists for their self-interested conservatism, he is happy to rely on speculation. Dorofatti has a website in English and Italian(b).

In a blog about alchemy, Dorofatti offers the following two gems;

“The existence of ‘something’ is always preceded by the idea of its absence, or else by its non-existence. After all, in our daily lives is it not true to say that we only realize the value of something when it is missing?

When a universe is born a counter universe, is also born as compensation (0 = (+1) + (-1)): the shadow universe, or ‘universe B’. It has nothing to do with anti-matter and is a profound and complete antithesis: an immaterial universe.”