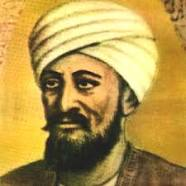 distinguished Arab scholar who collaborated with the eccentric King Roger II of Sicily in the 12th century, in the production of  a scientifically founded map. Their project continued over a period of 15 years with the support of a team of geographers. The outcome was a map drawn on a silver disk nearly 2 metres in diameter accompanied by a book, generally known as Roger’s Book, which contained over 140 maps plus text.

What is interesting from the Atlantis point of view is that Roger’s Book recounts how the Gibraltar landbridge was breached by Alexander the Great. While the introduction of Alexander, who was very highly regarded by the Arabs, is obviously a folkloric embellishment, it demonstrates an underlying belief in the existence of such an isthmus in the distant past. Adding strength to this idea is that al-Idrisi was born in Ceuta on the African side of the Strait of Gibraltar and consequently would undoubtably have been fully aware of local traditions regarding a landbridge in ancient times.

Alexander Braghine[0156.140] recounts how Al-Idrisi refers to a very ancient cataclysm in Morocco during which the sea level rose eleven stadia (over 6500 feet), submerging cities and killing thousands. Unfortunately, we can only speculate on whether this is a description of a tsunami or the consequence of the breaching of a Gibraltar land bridge.

*Al-Idrisi recently had a feature, Al-Idrisi Montes, on the ‘dwarf’ planet Pluto, named after him by the International Astronomical Union.*