It has been compared with Stonehenge(b), Troy Towns(d) and Plato’s Atlantis(a). It is also claimed as a psychic ‘hotspot’’(e) as well as a site of UFO activity! 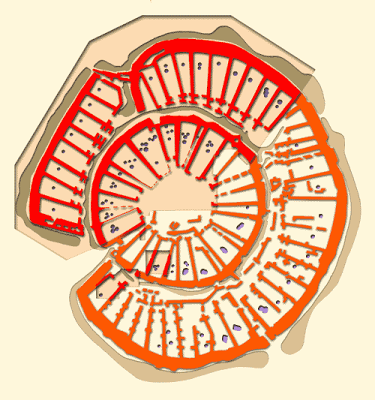 The suggested Atlantis link is just fanciful and does not stand up to the most cursory examination. For example, there is no evidence that Arkaim was ever submerged as Atlantis was recorded to have been by Plato.

August 2015 produced a report(i) that a 2,000-year-old skeleton of a female, with an elongated skull, had been unearthed in the vicinity of Arkaim. Apparently, this was the result of a local tradition of head-binding.