Genetic studies in 2009 offered evidence that the first inhabitants of the Canaries were Berbers(a). In 2017, additional investigation offered further confirmation of this relationship, published in a report in the October edition of Current Biology(h) and expanded on in an article on the Ancient Origins website by Alicia McDermott(i). 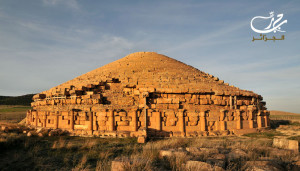 Following the 2011 fall of the Gaddafi regime in Libya, the Berbers there, who were particularly repressed, have again begun to assert their right to greater cultural expression, considering themselves to be the original Libyans(c). However, a report from Reuters dated 18/10/12(d) tells of the destruction of an 8,000-year-old petroglyph by Islamic extremists in an Amazigh region of Morocco. This is the latest example of efforts by the Islamic Salafists to destroy evidence of pre-Islamic culture.

Bob Idjennaden and Mebarek Taklit have written[1195] of the prominent part played by Berbers in the shifting alliances that constituted the ‘Sea Peoples’, who attacked Egypt at least twice during the 2nd millennium BC.

>The possibility of a link between the Berbers and Atlantis has now been extended to include the Richat Structure(k). Although to propose an association of the Berbers with the Richat Structure is not too outlandish, once again there is no attempt to explain why or how anyone would launch an attack from Mauritania on Athens nearly 4000 km away by land (3000 km by sea). The idea is logistical nonsense and completely unsupported by any archaeological evidence!<