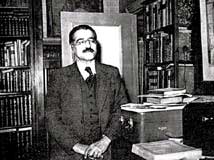 20th century and in 1926 he was a founder member along with Paul Le Cour of the Société d’études atlantéens (Society for Atlantis Studies) in Paris. The organisation soon split up leaving the founders to lead two new groups. Dévigne’s faction favoured a more scientific approach to the subject while Le Cour had a more radical approach.

Dévigne published a volume[281] on Atlantis in 1923 that was reprinted in 1931 and later translated into Italian. His book is a reflection of the thinking of his time advocating an Atlantic Atlantis with links to America and Egypt.

The Atlantis Research Charter was dedicated to the memory of Roger Dévigne(a).