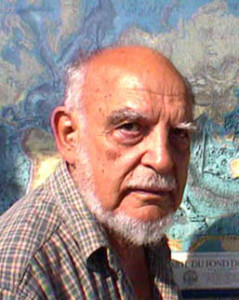 scientist and catastrophist. In his latter role he adopted many of Immanuel Velikovsky’s ideas. He met Velikovsky in 1963 and subsequently compiled and published The Velikovsky Affair[1172] which exposed the efforts by members of the academic community to block the publication of Velikovsky’s books.

He clearly supported the reality of Atlantis noting that “if Plato lied in his tale of Atlantis, there would be little truth in him generally: for Plato repeatedly insisted that his story be considered seriously and literally.” He placed Atlantis in the North Atlantic and dated its demise to around 4000 BC. He identified the confederation of Atlantis as the megalithic cultures of the north east Atlantic stretching from Scandinavia to Spain and dated its demise to around 4000 BC. In chap.18 of a more recent book, The Iron Age of  Mars[1513], available on his website, he discussed the theories of both Jürgen Spanuth and Felice Vinci and their belief that the Scandinavians had an influence on the development of the Mycenaean civilisation in Greece.

He had a very extensive website(a), which is still live (May 2019) and covers a wide range of subjects.