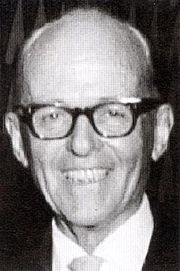 on anthropology, ethnology and ancient history generally. His most famous book is Sons of the Sun[813] discusses his work in South America where he found evidence of Old World connections, in particular, on the famous Pedra Pintada (Painted Rock)(a) in Brazil, in a region that provides evidence of human activity there as early as 40,000 years ago, although, because of the acidic soil the earliest human bones are dated to 12,000 years ago(b). Some of the Pedra Pintada images have been claimed to represent UFOs!

The title of Homet’s book is his name for Atlanteans. Homet believed that Atlantis had been located in the Atlantic and was part of a landbridge linking Europe and the Americas, an idea that was still popular when he was a child but abandoned long since. Homet contended that refugees fleeing its destruction had escaped to both of those continents. He linked “tools, inscriptions, cults and monuments in both Crete and Egypt on the one hand with the Amazon regions on the other.”

>The final chapter in Homet’s book is devoted to the Phaistos Disk, which he claims to be Atlantean. He continually points out aspects of the ideograms stamped on it that have counterparts in various pre-Columbian cultures. “The totality of the ideograms or symbols on the disc – they are all as familiar in the prehistoric Mediterranean countries as in Ancient America (although of older date there) – leads us inevitably to search for a common origin, which can only be found in the northern part of the space which lies between the two continents (Eurasia and America), in other words: Atlantis!” [p193]<