Peter W.F. Heller (1948- ) is an archaeologist and the author of Atlantis: Beyond the Pillars of Herakles [1954]. Another Atlantis author[1955], Peter Nowak, has written a quite critical review on Amazon, awarding it one star only(a) !

Atlantisforschung offers a shorter, gentler critique –  “As a result of his relevant studies, Heller published his book Atlantis – Beyond the Pillars of Herakles in 2012, in which he clearly rejected speculative and fantastic interpretations of the Atlantis report: ” In order to track down the riddle of Atlantis, Heller leads the readers with an appropriate balance between scientific correctness and general understanding revisit deep into history. Is the evidence for the existence of Atlantis genuine, was here the cradle of all civilizations, was the first writing created here? Atlantis about computers, electrical energy, beam weapons and flying machines? Are there references to Atlantis in the Bible? And where was Atlantis really located? In the end, not everything turns out to be true that one initially believes to see… In this popular scientific work, the author examines the story of the legendary island of Atlantis in an exciting and entertaining manner, which disappeared forever ‘in a single day and a single night’.“(b)

Peter Nowak is the author of the 2016 German-language book Everything You Wanted to Know about Atlantis (Was Sie schon immer über Atlantis wissen wollten)[1955].  Roland M. Horn, the Atlantisforschung founder, wrote the Foreword and declared that this “is one of the best Atlantis books ever written in my opinion!”(a) 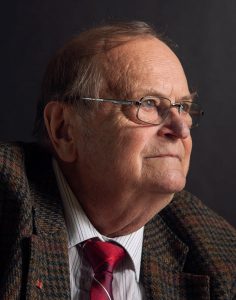 Markus Fugger is a descendant of Lukas Fugger vom Reh who was appointed ‘titular’ king of Atlantis in 1499 by Maximillian I (1459-1519) of the Holy Roman Empire. The certificate of appointment nominated the Azores as the remnants of Atlantis. This could have been considered a provocative act by the Portuguese, who controlled the Azores, as their principal rivals, the Spanish, had allied themselves through marriage with Maximillian the previous year. Leaving politics aside, this event indicates that Maximillian accepted the reality of Atlantis and placed it in the Atlantic.

This very early reference to Atlantis is covered in greater detail on the excellent Atlantisforschung website(a), which got the information from Markus Fugger von dem Rech, a descendant of Lukas.

In 2013 Atlantisforschung published a paper by Markus Fugger defending the Azores as Atlantis and concluding with “it can be said that the likelihood that Atlantis was a large landmass on the site of today’s Azores plateau in the Atlantic and that the Plato report is essentially true is based on the above indications, explanations, interpretations, and explanations to assume then the probability that things will behave differently”(b).

Albert Grenier (1873-1961) was a French historian and archaeologist, who made a special study of the Romans and Celts, particularly

the Gauls. In addition, Professor Grenier had a great interest in the Atlantis story and accepted its historicity(a). Apparently, he was a supporter of diffusionism a la Ignatius Donnelly. In this regard, he is quoted in Marcel Homet‘s Sons of the Sun [813], where Homet discusses the archaeological remains found in Colombia’s Tierradendro and claims [p.156] that “it may perhaps be that the people of San Augustin and Tierra Dendro and the faraway Etruscans are descendants of the same aboriginal tribe: the Atlanteans.” Atlantisforschung attributes the above quote to Grenier but as I read it, it was Homet who wrote it!

The Symplegades or ‘Clashing Rocks’, situated at the Bosporus, are known in Greek mythology as one of the challenges encountered by Jason and the Argonauts. Pindar describes Jason’s journey to the ‘Inhospitable Sea’ (Black Sea) via the Clashing Rocks [1787.61].

>According to Atlantisforschung Christine Pellech suggested that the Symplegades was a reference to the Strait of Magellan at the southern tip of South America(b)!<

(a) https://www.quora.com/Where-are-the-pillars-of-Hercules  (just over halfway down the page)

David Winder is the author of Mysterien der Bronzezeit (Mysteries of the Bronze Age) [1936]. He is in some agreement with the Atlantis theories of Paul Borchardt, Albert Herrmann and Ulrich Hofmann, who all placed Atlantis in the northwest region of Africa. However, Winder’s views are somewhat tainted by an over-dependence on the possibly dubious Oera Linda Book.

Winder also claims that the Typhon story, the attacks of the Sea Peoples and the Trojan War were all part of the same event. Just as unlikely is his dating of the biblical Deluge at 1050 BC.

The atlantisforschung.de website offers a critical review of Winder’s book that ends up looking into the murky waters of racism. Atlantisforschung ends up describing Winder’s offering as ‘Just Disgusting’!(a)

>However, I note that Winder was subsequently invited to write a paper for Atlantisforschung, outlining his theories! Regarding the location of Atlantis, he insists that “It should now be clear to everyone that this can only be the Chott el Djerid(b).<

Stefan Bittner is a German historian, who published a substantial book of over 500 pages [1730] >Atlantis – wissenschaftlich analysiert (Atlantis-Scientifically Analysed). Atlantisforschung commenting on Bittner’s book suggests that he has“made a challenging contribution to solving the Atlantis problem. He comes to the remarkable conclusion that ‘Plato uses a historical source and reinterprets it as a philosophical metaphor’.”< 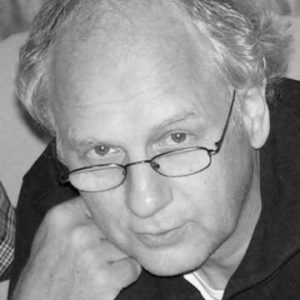 in the valley of the river Oued Laou, the Wadi Laou east of Tangier in Morocco. Over the past century, a number of researchers have proposed a variety of specific locations within Morocco as the original home of Atlantis, with varying degrees of credibility. What is clear is that Plato did indicate that at least some of North Africa constituted a part of the Atlantean domain, so designating an individual valley as the totality of Atlantis is, for me, not credible and to claim that Atlantis was flooded but did not sink, contradicts Plato, which I consider an unwise position to take, as it also fails to explain how a flooded inland valley can become a hazard for navigation (Timaeus 25d).

New Hebrides is an archipelago in the Pacific northeast of New Caledonia and west of Fiji. In 1904 it was dragged into the world of Atlantology, when the Cairo News of Illinois published(a) a sermon by the Rev. Frank de Witt Talmage. He was a son of the celebrated ‘fire and brimstone’ preacher Thomas de Witt Talmage. In his sermon he refers to unnamed explorers claiming that the New Hebrides were the mountain peaks of sunken Atlantis. However, he goes further and infers a connection between Atlantis and the Garden of Eden.

I am indebted to Atlantisforschung.de for unearthing this unexpected piece of information(b). I agree that it is regrettable that the identity of the explorers was not given.

Egon Friedell (1878-1938) was an Austrian philosopher with a passion for the theatre, both as a playwright and cabaret performer. I have taken the following passage (a machine translation) from the Atlantisforschung.de(a) website to explain Friedell’s view of Atlantis. 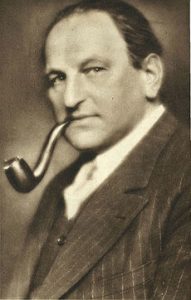 “In the first chapter of this work (” Die Mar der Weltgeschichte “) Friedell makes no secret of his affinity to the catastrophic view of earth and human history, where he is a convinced follower of the today in essential statements largely consensual considered scientifically untenable world ice doctrine (WEL) of the Viennese engineer Hanns Hörbiger (1860-1931). His ideas of a history of humanity dating back to the geological depths and of periodic cataclysms due to serial “moon entrapments” and “falls” are taken over practically in toto. This also applies to the ideas of Hörbiger and his epigones in matters of Atlantis, which he summarizes in a section of the chapter titled ” Hörbigers Atlantis ” – which can now be retrieved online for free. In conclusion, although Egon Friedell was not involved in the further development of WEL after Hörbiger’s death (such as Hans Schindler Bellamy and Philipp Fauth), but contributed to their popularization.”

Unfortunately, Friedell was Jewish, although he had converted to Protestantism, so when, on March 16th, 1938 a few days after Austria had been incorporated into the German Third Reich, two SA men came looking for him, he chose suicide rather than arrest.