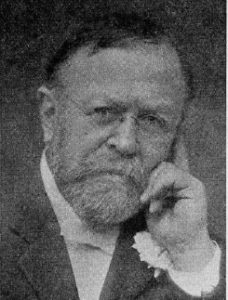 (1847-1914) was an American professor of civil engineering, a consulting electrical engineer and a prolific author. One of his business ventures led to the formation of General Electric.

Included in his output is The Wonder Book of Volcanoes and Earthquakes[1280],  that had a section on Atlantis, in which he found the idea of an Atlantic Atlantis quite credible along with the then popular idea that the Azores and the Canaries, along with other islands further south, were the remains of Plato’s lost land. He quoted in full Plato’s Atlantis texts.