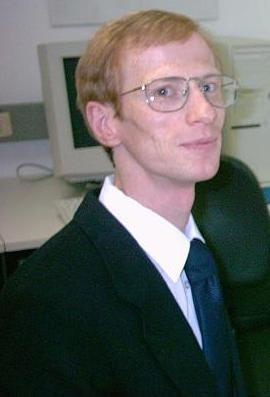 Dr Rainer Walter Kühne was born in Braunschweig, Germany in 1970 and has a PhD in Physics (Dortmund 2001). He has proposed a modification of Quantum Electrodynamics (QED), which predicts a second kind of photon (’magnetic photon’) and a second kind of light (’magnetic photon rays’). He has also offered evidence for the existence of a rotating universe. He lectured in the Institute of Physics at Dortmund University.

Kühne had studied Plato’s Atlantis story and concluded that many of its elements are fictional although based on three historical but unconnected sources. For example, on the basis of Plato’s description of the Acropolis at the time of the ‘Atlantean’ war, it can be dated to around 1200 BC, not 9600 BC. He linked the Atlantean war with the invasion of the ‘Sea Peoples’ recorded by the Egyptians and locates Atlantis in Andalusia in Southern Spain and places its capital in the valley of the Guadalquivir, south of Seville. Satellite photos of this same area have recently revealed rectangular structures surrounded by parts of concentric circles with dimensions similar to Plato’s description of Atlantis. Werner Wickboldt, a teacher, who lives in Braunschweig (Kühne’s birthplace) announced the discovery of these features on January 8th 2003. These structures include a rectangle of size 180 meters x 90 meters (Temple of Poseidon?) and a square of length 180 meters (Temple of Poseidon and Cleito?). Concentric circles surround these two rectangular structures so that the site closely resembles Plato’s description of the Atlantean capital. However, the dimensions of this location are approximately 20% larger than Plato’s figures, so Kühne has suggested that the unit of measurement used by Plato, the stade, may have been greater than usually accepted.

Kühne also proposes that Tartessos can be identified as the biblical Tarshish and is the model for Plato’s Atlantis(d).

It was a surprise to many when, in their June 2004 edition[429], the highly respected journal Antiquity published details of this discovery and Kühne’s interpretation(a).

To add a bit of spice to Kühne’s investigations, he, together with Jacques Collina-Girard, has been accused of plagiarism by Georgeos Diaz-Montexano(b).

Overall, despite offering a number of interesting thoughts regarding Plato’s Atlantis, we find Kühne sceptical regarding its actual existence, describing Plato’s account of it as a “philosophical fiction invented to describe Plato’s fictitious ideal state in the case of war.” Nevertheless, he is keen to point out that the narrative does contain historically factual elements.(e)

>The excellent German site, atlantisforschung.de has described Kühne in the following terms(g), “Dr Kühne is one of the most distinguished representatives of university-scientifically oriented Atlantis research in Germany. Among other things, he discusses the possibility that Plato in his Atlantis story mixed an account of the Sea Peoples and Athens around 1200 BC with traditions about a Spanish city, which could have been the Iberian metropolis of Tartessos – probably destroyed in the 6th century BC by a Carthaginian expeditionary corps.”<

The site also includes a link to an interesting paper by Kühne in which he lists the main references to Atlantis in the scientific literature(h).

An outline of Kühne’s theories, in English, is also available on the Internet(c).

>In issue #46 of Atlantis Rising magazine Kühne published a letter outlining his experiences when he sought to present his diploma thesis and later his PhD thesis including material that ran counter to that of his professor. In his words “To conclude, what can happen when a young researcher thinks he has an important theory? From my own experience, I learned that he will get difficulties with the acceptance of his diploma thesis. It will become impossible to start a PhD thesis at the same university. His professor will decline to accept his dissertation. After completion of his PhD thesis, he will be unemployed, although by then he has ten scientific publications, eight of them authored by him alone.”(f)<