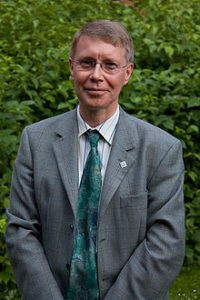 Heinz-Günther Nesselrath (1957- ) is a German professor of classical philology. He has studied Plato’s Atlantis story and concluded[1213] that it is purely an invention and should be treated as a morality tale. Although an Atlantis sceptic, he is also considered fair-minded. A review of his book can be read online(b).

Nesselrath has also published a German translation of and commentary on Plato’s Critias[1199], as well as a paper (in Italian) on the Pillars of Herakles.

In his Newsletter 118(a) of July 2018, Thorwald C. Franke revealed that Nesselrath had provided some qualified support for Franke’s thesis[706][880] which contradicts the long-held view that Aristotle had denied the existence of Plato’s Atlantis. Nesselrath goes further and “adds a brand new suggestion who could have been the true author of the invention assertion in Strabo 2.3.6: He suggests Eratosthenes, the famous geographer, mathematician, and author of poems, as a good candidate to be the true author. The reasons given for this are Eratosthenes’ geographical knowledge, his poetry, and his skepticism towards e.g. Homer’s Odyssee.”

In April 2020, Nesselrath published a critique(c) of my book, Joining the Dots. This he expanded for publication on the Academia.edu website with the combative title of How Not to Join the Dots. I found it strange that a person of Professor Nesselrath’s academic stature should bother to criticise the retirement project of an old pensioner. Unless there was something in it that was perceived as threatening his scepticism!

I published a response to Nesselrath’s first review in March 2021. Within days he offered a further, somewhat repetitious attack, on my book(d). Shortly after that, Thorwald C. Franke offered some critical comments on Nesselrath’s response in his newsletter No.157(e). Newsletter No.158 followed a day later in which Franke reviewed a lecture, previously unknown to him, given by Nesselrath, in Bologna, a few years ago(f) during which he apparently misrepresented Franke’s Atlantis theories. Shortly afterwards Nesselrath issued a rather intemperate reply to Franke’s criticisms(g).>A further document(h) from Franke detailed his continuing annoyance with what he perceives as ‘a breach of trust’ on the part of Nesselrath.<

Having read Nesselrath’s latest response to my response, I have decided to bring this matter to a conclusion, as he has merely repackaged his previous comments and is now becoming tedious.

He also seems to be unhappy that non-academics have intruded on to his territory. His repeated references to my admitted lack of an education in the Classics seemed to imply that I should not concern myself with such matters.

I began my book by declaring that it was my intention to demonstrate that the balance of probabilities strongly favoured the historical reality of Atlantis, nothing more. It appears that something in that book appeared to jeopardise the Professor’s intransigent views, It is unfortunate that he seems to suffer from terminal scepticism, allowing no room for any error on his part.

At its simplest, Nesselrath sees the Atlantis story as just a Platonic invention; I don’t.

He cannot accept that Socrates in the dialogues is only a mouthpiece of Plato’s; I do.

As long as those two fundamentals divide us, there is no room for any further comment.

Hopefully, I will have time to publish a revised edition of Joining the Dots, before donning my wooden overcoat.

(d) (99+) (PDF) The Mortar is Crumbly: A Response to Tony O’Connell’s Response to my review of his book on Atlantis | Heinz-Günther Nesselrath – Academia.edu