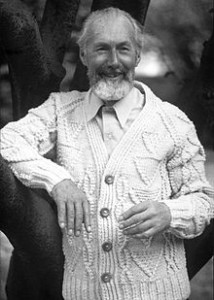 Padraig A. Ó’Síocháin (1905-1995) was an Irish barrister and author of a number of books on law and history. In addition, he has written about prehistoric Ireland[498] including a number of chapters linking Ireland or more particularly the story of the legendary Hi-Brasil with the Atlanteans.

He loved the Aran Islands where he perfected his fluency with the Irish language and about which he devoted another of his books[499].

He was firmly convinced that these islands had once been connected to the mainland and offers evidence in support of this view.  Ó’Síocháin

His sober account of Ireland’s possible links with Atlantis is, in my view, a valuable addition to Atlantean literature. It contains some fascinating details such as the designs incorporated into the famous Aran knitwear being a possible reflection of motifs found incised on the megaliths at Newgrange and elsewhere. On a less serious note he also recounts that the Celts introduced soap to the Romans and Greeks!