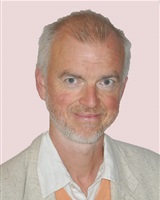 Jean-Pierre Pätznick is a French Egyptologist who is due to address a conference in May 2015 with the theme of L’Atlantide et l’Égypte (Atlantis and Egypt). His own paper is entitled Atlantis and the Land of the Pharaohs: Egyptian origin of the myth?

I’m given to understand that Pätznick is influenced by the theories of the late Michael Hübner.

In August 2020, Thorwald C. Franke drew attention to a recent article by Päznick in the French Egyptological magazine Pharon. Franke has written a review of the article (in English)(a) , expressing overall disapointment with its content. Päznick now appears to favour Spain and/or Morocco as the location of Atlantis?