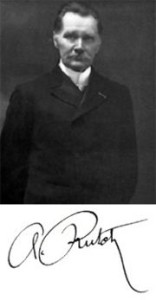 prehistoric civilisation. In 1920[533] he identified Agadir on the Atlantic coast of Morocco as the location of the capital city of Atlantis. He suggested that Lake Tritonis was a large inland sea where the chotts are today. He also proposed a further large ‘Inner Lake’ existed across Hauts Plateau in the Atlas Mountains of Algeria. Rutot further identified the island of Hesperides as a large section of what is now mainland Africa, opposite the Canaries, and formerly the site of the ancient city of Lixus.