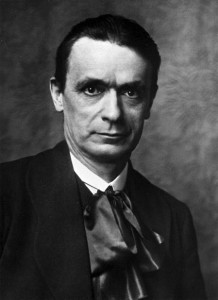 Steiner, with the aid of ‘spirit guides’, has offered some bizarre descriptions of Atlantis, which he claimed gradually sank in the>western Atlantic around 10,000 BC, citing Scott-Elliot as a source. Steiner clearly identified the eastern portions of both the Americas as formerly Atlantean territory and in a lecture advised that “If one wished to find remnants of Atlantis, one could dig down beneath Montreal, Tennessee, or Brazil instead of the middle of the Atlantic Ocean.” (e)<

A large amount of Steiner’s work is now available in pdf format(c).