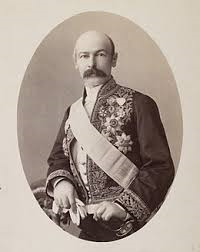 Constantinople (1880). In 1884 he authored Exploration scientifique de la Tunisie in which he echoed the views of Ignatius Donnelly and promoted the idea of Atlantis in the Atlantic, “where there must have existed a vast continent of which the Canaries and the Azores may be considered to be the remnants.”