Ryan Pitterson is the author of Judgement of the Nephilim [1620], which he claims to be “the first 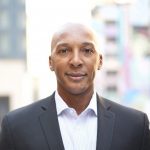 comprehensive biblical study of the nephilim.” In a US promotional radio interview the subject of Atlantis was touched on and was later highlighted by the UK’s Express newspaper with the hackneyed ‘Atlantis Found?’ headline.

Pitterson contends that Atlantis was situated on the Golan Heights, currently occupied by Israel. The region is home to Gilgal Refaim, an archaeological site consisting of a number of concentric stone walls with demonstrable astronomical alignments.

The area around the site is a kilometer above sea level and has no connection with the sea now or evidence of it in the past. Pitterson claims that the Bible supports his speculation, but the most cursory investigation of his ideas shows otherwise.

The Holy Land is a term used to refer to that part of the eastern Mediterranean that the Old Testament records as having been given to the Israelites by God. It is now comprised of Israel, Palestinian territory, along with parts of Jordan and Lebanon.

The Holy Land was suggested by Serranus (Jean de Serres) in 1570 as the location of Atlantis. This idea was later echoed by  Gerardus Johannis Vossius and Carl Fredrich Baër who was Swedish but lived in France during the 18th century. Another Swede, Johannes Eurenius also placed Atlantis in Holy Land in his 1751 book.>Peter Van Eys, a Dutchman, also favoured the idea in a 1715 dissertation [1222]. Further support came from the German scholar Johann Albert Fabricius (1668-1736).<Another 18th-century scholar, Jacques Julien Bonnaud was of the opinion[0967] that when Plato wrote about Atlantis, he was imperfectly describing the Holy Land! His book, Hérodote historien du peuple hébreu sans le savoir  is available as a free ebook(a).

>Atlantisforschung, commenting on Van Eys, concluded(c)  that “it should be noted that the heyday of the ‘Atlantis in the Holy Land’ thesis’ was already over in his day. It is true that in 1826 – a year before the publication of his doctoral thesis – the ‘dissertation sur le Critias de Platon’ by the French scholar Claude-Mathieu Olivier appeared, who took the view that Plato’s Atlantis report was basically represents a description of events from the early days of the Jewish people. However, these and similar writings of the 18th century only represented the short-lived renaissance of an already outdated ‘Bible-true view of Atlantis’.”<

In recent times a more radical view has been proposed by Professor Jaime Manuschevich who has identified modern Israel together with the Sinai Peninsula as the true site of Atlantis.

Ryan Pitterson, the author of Judgement of the Nephilim [1620], contends that Atlantis was situated on the Golan Heights, overlooking the Sea of Galilee and currently occupied by Israel. The region is home to Gilgal Refaim, an archaeological site consisting of several concentric stone walls with demonstrable astronomical alignments. In a US promotional radio interview the subject of Atlantis was touched on and was later highlighted by the UK’s Express newspaper with the hackneyed ‘Atlantis Found?’ headline(b).