Minas Tsikritsis, a native of Crete, is a Professor of Computer Science and noted Researcher of Aegean Scripts. Included in his work is his claim to have deciphered Linear A and the Phaistos Disk, one side of which appears to be a form of sea shanty. Gavin Menzies quotes[780.319] Tsikritsis’ belief that the Minoans had mathematical knowledge equal, if not superior, to that of the Babylonians and Egyptians.

However, this claim has been seriously challenged by a recent study of a 3,700-year-old Babylonian tablet known as Plimpton 322. The tablet was discovered around a century ago in what is now southern Iraq. Australian scientists from the University of New South Wales, Sydney have now demonstrated that the tablet is the world’s oldest and most accurate trigonometric table, predating the Greek astronomer Hipparchus by over a millennium(b). These claims have generated some considerable debate (c).

Additionally, based on an analysis of Plutarch’s “On the Apparent Face in the Orb of the Moon,” Tsikritsis believes that the Greeks had contact with North America, at least as far back as 86 AD!(a) *Some time later he expanded on the idea in a paper published on the Researchgate website(d).* 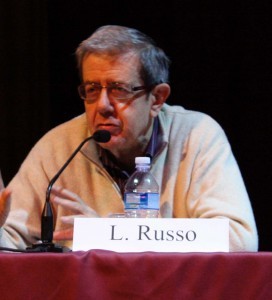