Eric Dubay is an  American professional conspiracy theorist. His first offering was The Atlantean Conspiracy[1077], which is supported by a website(a). This book is heavy on paranoia but rather light on Plato and is now available as a free pdf file(b).

Dubay’s conspiracy is all-encompassing, linking The Vatican, AIDS, 9/11, Freemasons, Pearl Harbour etc, etc. How Plato’s lost civilisation can be linked with such matters is hard to fathom, apart from the marketing value of Atlantis. I’m surprised that he omitted Mickey Mouse, The Simpsons and the cost of Hungarian potatoes. One could be forgiven for thinking that Eric is badly in need of lessons in critical thinking.

A similarly titled book, The Atlantis Conspiracy, with a comparable theme, was written some years ago, by William B. Stoecker [119].

In 2014, Dubay sank even further with the publication of The Flat-Earth Conspiracy[1071], the promotional blurb for which ends with; “The greatest cover-up of all time, NASA and Freemasonry’s biggest secret, is that we are living on a plane, not a planet, that Earth is the flat, stationary center of the universe.”

Dubay is described as one of the leading voices behind the revival of the Flat Earth theory(c), in fact, he is now president of the International Flat Earth Research Society.

In April 2020, Dubay issued his first newsletter. It contains material on his Flat Earth propaganda as well as conspiracy nonsense regarding the coronavirus. Atlantis seems to have faded from his radar screen and hopefully will remain so. Alas, I wrote too soon, Dubay has now published Flatlantis [1732], which I can only presume combines the story of Plato’s lost city with the ravings of the flat-earthers!

He has also published a lengthy paper entitled “200 Proofs Earth is Not a Spinning Ball”(d). Dubay follows in the steps of the famous eighteenth-century flat-earther, Samuel Birley Rowbotham. The link to Rowbotham’s book(e) includes a critical introduction by the late John Bruno Hare.

A number of Dubay’s books can be downloaded freely online(f). 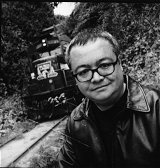 It was announced on the second anniversary of his death that his work will continue with new material in the pipeline for the site(d).