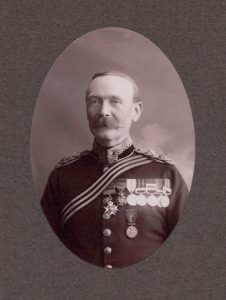 Laurence Austine Waddell (1854-1938) was a British surgeon, philologist and amateur archaeologist as well as a Professor of Chemistry and Pathology among other accomplishments. He was fascinated by the Sumerians who had been rediscovered in the 19th century. He identified the Sumerians as Aryan and even went so far as to claim Sumerian/Phoenician [1943]+ ancestry for the Britons, Welsh, Anglo-Saxons, Irish-Scots, Early Germans and Scandinavians[814.6]+!

The Edda is generally accepted as an important source of Norse mythology. However, in 1930 Waddell published British Edda[815]+ claiming that the text had been originally composed in Britain.

>In 1925, Hermann Wieland claimed in Atlantis, Edda und Bibel[816]+ that Atlantis had been an ancient German homeland. An English translation was produced in 2016 [1944] by an Australian right-wing publisher. This sort of literature laid the foundation for some of the twisted political ‘theology’ of the Nazis.<