Professor Antonino Zichichi (1929-) is an internationally renowned Italian nuclear physicist from the University of Bologna. As a rational scientist he is strongly opposed to any form of superstitio 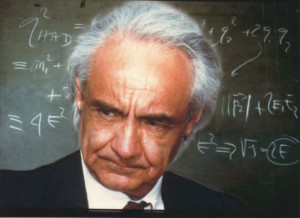 n, particularly astrology and numerology and is certainly not given to flights of fancy.

According to Roberto Pinotti’s list(a), Zichichi, in 1993 placed Atlantis in the Atlantic. In an interview(b) he considered the possibility that its demise could have been caused by the impact of a comet or asteroid.

Zichichi had planned to assist Frederico Fellini with a film relating to Atlantis shortly before the untimely death of the famous director.