Geoffrey Ashe (1923- ) is a recognised authority on the Arthurian Legend and has written extensively on the subject. He is the author or co-author of a number of books, including The Quest for Arthur’s Britain, Camelot and the Vision of Albion, The Discovery of King Arthur, and Mythology of the British Isles. He was co-founder and secretary of the Camelot Research Committee that 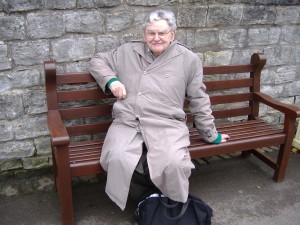 In the fifth century, the neo-Platonist Proclus, quoting a first-century BC geographer named Marcellus, spoke of three islands of ‘immense extent’ located in the Atlantic Ocean. The inhabitants of the central of these islands was said to have preserved the memory of a former landmass, identified by Proclus with Atlantis, which had existed thereabouts. In 1962, historian Ashe identified Marcellus’ three great islands with the Greater Antilles of the Caribbean. Moreover, he pointed out that the indigenous peoples of the region preserved the memory of a cataclysm, which had split up a former landmass leaving behind the islands that make the archipelagos, we see today. All but a few human beings were drowned in this all-encompassing event.

Could this have been a memory of the destruction of Atlantis preserved in the Caribbean and brought across the Atlantic by ancient mariners such as the Phoenicians and Carthaginians? However, as Andrew Collins noted[072.109] Ashe was not the first to make this connection. In 1885, the American historian Hyde Clarke, in a paper delivered to the Royal Historical Society used the same indigenous legends to identify Hispaniola as the location of Atlantis.

In the late 1950’s it was reported in Sykes’s Atlantis journal that Ashe was planning to emulate St. Brendan’s voyage across the Atlantic in a currach, a feat later achieved by Tim Severin. However, Ashe never made the trip but settled for writing a book on the subject, Land to the West[740].

Two books with an Atlantis theme have been published by Ashe, Atlantis: Lost Lands, Ancient Wisdom[082] & Atlantis: The Legend of  Lost City[083] .