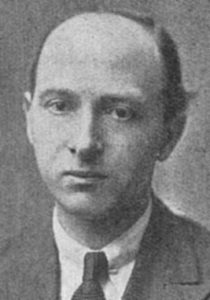 Atlantis it had at least been populated by refugees from there, but offers little hard evidence to support this contention. Wilkins gives a lot of attention to the inscriptions in a variety of unidentified scripts that have been found in both North and South America.

He covers a lot of familiar ground including lost cities, sunken kingdoms and extensive underground tunnel systems. Wilkins includes[363.p80] a fascinating tale of an isolated Andean tribe in North-Western Argentina speaking ‘pure’ Gaelic and more pertinent to this work a white tribe known as the Paria who lived in a village called Atlan located in the forest between the Orinoco and the Rio Apure. He also claimed that Quetzalcoatl, the ‘white god’ of the Aztecs was from Atlantis. Recently, Jason Colavito revealed(a) that Wilkins had lifted passages from Blavatsky’s Secret Doctrine in his Secret Cities of Old South America[364]. If true, it could be that he also borrowed some material from a book published earlier by Richard O. Marsh entitled White Indians of Darien [1551] in which he recounted his meeting with ‘white Indians’ in the remote jungles of Panama!

In 1948, in the first issue of Egerton Sykes’ Atlantis magazine, Wilkins wrote an interesting article on the Oera Linda Book giving its authenticity his support.

Wilkins reported in his book[363] that on column 8 of the Great Hall of Ramses at Karnak there is an inscription referring to the loss of a drowned continent in the Western Ocean. I can find no corroboration of this claim. Even R. Cedric Leonard, who quotes Wilkins and is familiar with Egyptian hieroglyphics, has, surprisingly, not verified this inscription for himself.>Many of Wilkins’ claims were widely criticised as pseudohistory(b) and fabrications.<