Francis Galea (1953- ) is another Maltese author who has written[308] about his island and its possible connection with Atlantis. His offering came some years after Anton Mifsud published his Malta – Echoes of Plato’s Island. Galea’s book is unfortunately available in Maltese only. 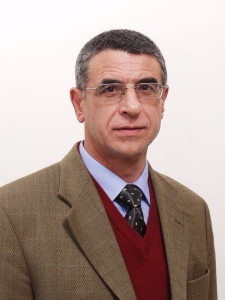 In it he investigates various theories, in particular the suggestion in the 19th century by Grongnet de Vasse that Malta was a remnant of Atlantis. It was Grongnet deVasse who was the architect of the famous church Dome in Galea’s hometown of Mosta.

Galea supports the literal acceptance of Plato’s 9,000 years before Solon as the date for Atlantis’ demise. In April 2008, Galea disclosed that his book was being translated into English. The new book will in fact be a re-write of the original as well as containing new material. Galea has a personal website(a).

Galea is also a novelist, poet and historical researcher and has been the literary editor on the Maltese Sunday newspaper it-Torca since 1987.

The foreward to the Maltese edition of his book can now be read in English(b).