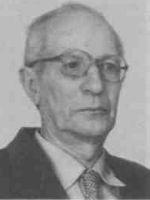 Institute for the History of Science and Technology. He was the author of more than four hundred publications, mainly scientific articles and books on various problems of geology and its history as well as a series of popular science books, the first of which was Atlantis: Fantasy or Reality in 1976 and later published in Italian[527], in which he discusses the credibility of the Atlantis story.