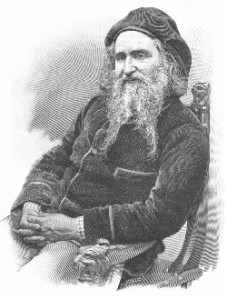 Onésime Reclus (1837-1916) was a French geographer who published L’atlantide, pays de l’atlas: Algérie-maroc-tunisie [0523]+ in which he expressed his conviction that Atlantis was located in North-West Africa in Morocco, Algeria and Tunisia, collectively known as the Maghreb.  The Berbers call the Maghreb ‘Tamazgha’, or Land of the Imazighen (plural of Amazigh).

Reclus is credited with coining the word ‘francophone’.

The Atlantisforschung website commented on Reclus’s book, “newly published in 2013, in which the author locates the ancient Atlantean empire in the Maghreb (mainly in Algeria, Morocco and Tunisia ), reveals a thoroughly complex, polydisciplinary treatment of the research subject that suggests a long-term involvement with the matter.  Thus Onésime Reclus introduced geographic as well as ethnological, linguistic and historical arguments, such as quotes from classical antiquity authors and later Arab and Jewish historians, in support of his assumptions.(b)“

Reclus had a brother, Elisée (1827-1904), who was an anthropologist, an active anarchist and also a believer in the reality of Atlantis.