Arthur Posnansky (1873-1946) was a self-taught archaeologist who was born in Vienna, although described as 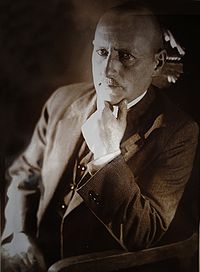 Polish. He is best known for his work at Tiahuanaco (Tiwanaku) in the Bolivian Andes. In 1943, he published his best-known ok, Tiahuanaco: The Cradle of American Man, in four volumes[516]. In this huge work, he controversially claimed that Tiahuanaco had been built around 10000 BC. He is also remembered in his adopted Bolivia as having introduced the first car into that country. He died in Bolivia’s capital, La Paz.

Posnansky, in two earlier books, proposed a prehistoric Germanic migration to South America, a theory supported by Edmund Kiss. The two men worked together in Bolivia in the 1920s. During the Third Reich, Posnansky wrote about racial science that supported Nordicism, which underpinned a lot of Nazi ideology.>This may be considered strange as it is thought that Posnansky originally came from a Jewish background(d). In 1943 he published What is Race in which, he used the term Nordic-Atlantean implying a belief in Atlantis. It is also said that he supported Hörbiger’s crazy ‘World Ice Theory’.<

In the course of these writings, he used the term Nordic-Atlantean implying a belief in Atlantis. Kiss and Posnansky were of the opinion that Tiahuanaco had been built by Nordic survivors from Atlantis. The idea may have gone down well with Himmler but was derided by the scientific community at large.

Jim Allen has included an extensive article on the life and research of Posnansky, including excerpts from his work(a). On the other hand, his early dates for Tiwanaku are seriously challenged by Orser(b) and Heinrich(c).