Fred Warshofsky is an American science writer and film director. In 1977, he 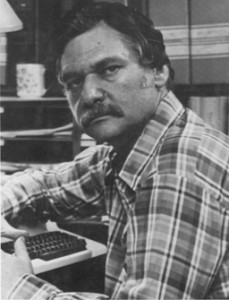 published Doomsday: The Science of Catastrophe in which he reviews the catastrophist literature of his day, particularly the work of Velikovsky. He also fleetingly touches on the subject of Atlantis[1146.87] noting “the increasing evidence that Atlantis was an island city in the Aegean”, namely Santorini, which matches Atlantis “in startling detail.”