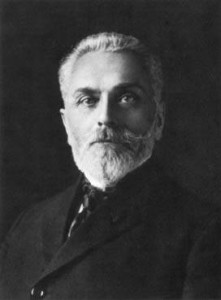 Victor Bérard (1864-1931) the French classical scholar who translated Homer’s Odysseus into French with an introduction by Fernand Robert in later editions.

He suggested that Homer’s Laestrygonians had been residents in Sardinia.

In the 1920’s[160] he wrote that he favoured Carthage in North Africa as the most probable location for Atlantis.