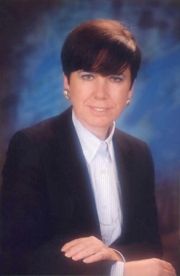 Pellech has published Die Entdeckung von Amerika[1188] (The Discovery of America) in which she “deals with the discovery of the Americas starting from Egypt via Asia across land and sea.”(d)

>In a review of her book by Dr Horst Frederick (1931-2015 he concluded “The value of this new Pellech opus lies primarily in having shown beyond any doubt that both the Odyssey and the Argonautica contain such a quantity of evidence that only one conclusion can be drawn: far prehistoric, seafaring advanced civilizations have already had very precise geographical knowledge of the surface of our planet Earth(h).”<

However, Pellech has established an English language journal, Migration & Diffusion, together with an associated website(a). In 2020, she added two papers to the M & D website regarding Odysseus and ancient maps(f)(g).

Something completely different is offered by Pellech in a paper involving the Irish myth of Hy-Brasil, a famous UFO incident and a Catalan map of 1375(e)!