James Richard Abe Bailey (1919-2000) was born in London and served in the RAF during the Second World War, 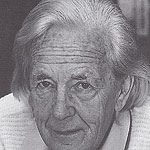 winning the DFC. His wealthy parents came from South Africa, which he returned to and financed Drum magazine, giving a voice to black Africa.

In 1973 he published The God-Kings and The Titans[149] in which he claims that the Americas were colonised as early as 5000 BC and provided the copper and tin for the development of the Bronze Age in the Old World. He maintains that Atlantis was located in Peru with its capital city being either Tiahuanaco or Chan Chan. Bailey published a follow-up book, Sailing to Paradise[150] in 1994 in which he adds further support for his Atlantis in America belief. He refers to the irrigation systems of Mexico, the ability to raise three crops a year in Mexico and the coastal plains of Peru as all echoes of Plato’s description of Atlantis.

However, the principal objection to Bailey’s theory is the fact that bronze artefacts dated earlier than the middle of the 2nd millennium BC have not been found in South America. While in North America, it is generally accepted that there was no ‘Bronze Age’, although some use was made of the copper found around the Great Lakes. Probably, the scarcity of tin in an easily extractable form in the region worked against the emergence of a bronze ‘industry’.