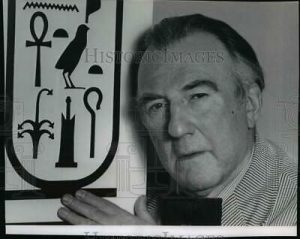 A refutation of Michanowsky’s views by Duane Hamacher of Missouri University is available online(a)(c). Ian Wilson in The Exodus Enigma refers to the further controversy that Michanowsky was involved in when he accused the renowned Egyptologist, Dr Hans Goedicke of falsifying a translation of hieroglyphics that possibly related to the tsunami that followed the eruption of Thera[0979.137].