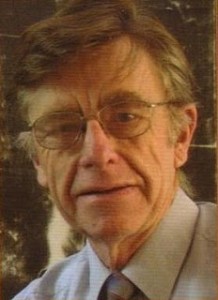 Ian Wilson was born in 1941. He graduated in Modern History from Magdalen College, Oxford. He is a prolific writer on religious and scientific subjects.

He has written a number of books about the Turin Shroud and has won a BAFTA for a documentary on the Shroud and has also written and presented a three part TV series based on his book, Jesus: The Evidence. He lived in Bristol, England for twenty-six years and now resides in Brisbane, Australia with his wife.

His recent book, Before the Flood[185], links the Biblical Deluge with the flooding of the then smaller freshwater Black Sea by the Mediterranean. He discusses the possible connection between the demise of Plato’s Atlantis and this flooding of the Black Sea. Wilson, with a good ear for a sound bite he cautions readers to treat the Atlantis story as “neithed holy writ or wholly rot.”