National Geographic or Nat Geo are registered trademarks of the National Geographic Society and are now, sadly, part of the Murdoch communications empire. Its magazine and TV channel enjoy global recognition. Undoubtedly, NG has enhanced our view of the world around us. One piece of NG trivia is that the word ‘tsunami’ first appeared in an English language publication in the September 1896 edition of National Geographic Magazine.

Generally, NG has avoided controversy, but not always(a) , so it will be interesting to see how its new chief James Murdoch, a climate change denier(b), will deal with the NG views on the subject up ’til now(c) . However, for me, it was something of a surprise when NG tackled the subject of Atlantis.

In a short 2011 article(l)., NG trotted out the now generally abandoned idea that Atlantis had been a continent. The idea was obviously later dumped by NG as well, when James Cameron et al. went looking for Atlantis in Malta, Sardinia and Santorini in 2016.

However, I find that the NG treatment of Atlantis inconsistent. In October 2011 an anonymous article(k) on one of their sites, entitled The Truth Behind Atlantis: Facts, declared that Atlantis was continental in size (and so must have been located in an Ocean?) This is based on a misinterpretation of the Greek word meison. Nevertheless last year NG had Simcha Jacobovici, remotely guided by James Cameron, scouring the Mediterranean, from Spain to Sardinia, Malta, and Crete for evidence of Atlantis. This attention-seeking exercise found nothing a few stone anchors that proved nothing and inflicted on viewers an overdose of speculation!

NatGeo TV aired a documentary(g) in 2015 relating to earlier excavations in the Doñana Marshes of Southern Spain by a Spanish team and partly hijacked by Richard Freund. A new NG documentary, hyped with the involvement of James Cameron and Simcha Jacobovici, was filmed in 2016, and later broadcast at the end of January 2017. Initially, it was thought by Robert Ishoy to be in support of his Atlantis location of Sardinia, but at the same time Diaz-Montexano was convinced that his Afro-Iberian theory was to be the focus of the film. To coincide with the airing of the new documentary D-M has published a new book, NG National Geographic and the scientific search for Atlantis[1394] with both English and Spanish editions.

Jason Colavito was promised a screener but had the offer subsequently withdrawn. One wonders why?

Once again NG promotes the region of the Doñana Marshes as a possible location for Atlantis(i), based on rather flimsy evidence, such as six ancient anchors found just outside the Strait of Gibraltar. They estimate the age of the anchors at 3,000-4,000 years old but. unfortunately, they are not marked ‘made in Atlantis’. Rabbi Richard Freund, never afraid to blow his own shofar, makes another NG appearance. Jacobovici throws in the extraordinary claim that the Jewish menorah represents the concentric circles of the Atlantean capital cut in half, a daft idea, previously suggested by Prof. Yahya Ababni(k).

What I cannot understand is why this documentary spends time dismissing Santorini and Malta as possible locations for Plato’s Atlantis and at the same time ignoring the only unambiguous geographical clue that he left us, namely that the Atlantis alliance occupied part of North Africa and in Europe as far as Tyrrhenia (Tuscany) and presumably some of the islands between the two.

Overall, I think the NG documentaries have done little to advance the search for Atlantis as they seem to be driven by TV ratings ahead of truth. Perhaps, more revealing is that Cameron is not fully convinced by the speculative conclusions of his own documentary.

>For me, NG’s credibility as a TV documentary maker has diminished in recent years.  Just one reason is the “2010 National Geographic Channel programme, 2012: The Final Prophecy, enthused about an illustration in the Mayan document known as the Dresden Codex (because of where it is now kept), which was claimed to show evidence of a catastrophic flood bringing the world to an end in 2012. This illustration included a representation of a dragon-like figure in the sky spewing water from its mouth onto the Earth beneath, which has been taken by some, although by no means all, experts in Mesoamerican mythology to indicate the onset of a terminal world-flood. However, no date was given, so the link with 2012 is entirely spurious (Handwerk, 2009; Hoopes, 2011).”(n)< 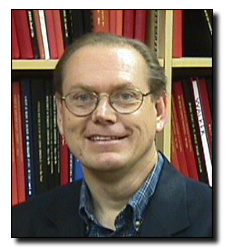 Charles E. Orser jnr. is a professor of anthropology at Vanderbilt University, Nashville, Tennessee, specialising in post-Columbian history. He is the author of many books and papers, which are listed on his extensive bibliography(d).

Somewhat incongruously he is frequently put forward(a) as an “Atlantis expert” although he is extremely sceptical of its reality. How you can be an expert on something that you don’t believe exists is an interesting question!

He achieved global fame in February 2009 when he was again introduced by the media as ‘one of the world’s leading experts on Atlantis’. The same media endeavoured to suggest that Dr. Orser supported the idea that the apparent grid-like pattern discovered that month with Google Ocean on the Atlantic floor west of the Canaries was associated with Atlantis. However, when pressed in a radio interview he revealed that in his opinion the Atlantis story was just a ‘morality tale’ concocted by Plato and is quoted similarly in a National Geographic article(c). He is currently writing a critical assessment of the work of Ignatius Donnelly, depicting him as the instigator of today’s Atlantis ‘industry’. Orser is convinced that Donnelly’s perennial book on Atlantis was stimulated by the writings of Jules Verne and is now seeking the sources of Verne’s inspiration to determine if they were anything other than Plato’s original dialogues.

Orser is the author of a valuable book[317] on the interplay between race and archaeology. He opens his study with a chapter on the perception in previous centuries of the Irish as an inferior race, a perception that led to the infamous “NO BLACKS OR IRISH” signs outside some British boarding-houses as recent as the mid-20th century. Orser explores the racial undertones that have coloured theories relating to the likes of the American Mound Builders, the Celts and Atlantis.

Orser is currently (2013) an adjunct professor at the National University of Ireland in Galway and has written on the Irish Famine(b).

He is also founder and editor of International Journal of Historical Archaeology.