Reader’s Digest published The World’s Last Mysteries[1083] in 1977. The very first article, written by May 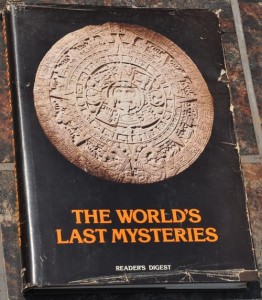 Veber, was about Atlantis. She reviews the leading Atlantis theories of nearly four decades ago; Azores, Bimini and in greater detail, Minoan Thera. One of her final comments was that “even the impressive body of scientific evidence which supports the Santorini explanation has been challenged. There is a volume of scholarship building up in favour of Heligoland as the site of Atlantis.” This was two years before Spanuth‘s Atlantis of the North[0015] was published in English!